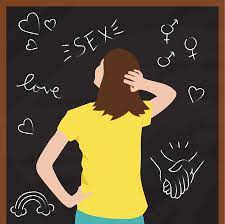 On the surface, everyone appears to understand sex.  Intellectually we know what it is.  We understand the potential outcome of pregnancy, pleasure and intimacy.  At the same time, most people are not fulfilled by it.  How is that possible?

If you ask me, sex is the greatest thing humans have.  The obvious reason is it creates new life on the planet.  The next thing is it is very pleasurable.  According to many doctors, it is a great exercise.  In studies, couples that have sex 4 days a week or more earn higher incomes and have happier relationships than couples that have it less often.

Except, for some reason, most women in the US report they are unable to climax during intercourse.  Yet, when you speak with women who are gynecologists, they will tell you women have more than twice as many nerve endings for pleasure on their vagina than men.  So a woman’s body is designed to climax in 5 minutes.  As a side, there are countries where this happens consistently with the women there.  The female gynecologist say what stops a woman from climaxing is the amount of things she thinks about during sex.  Those thoughts are usually unproductive.

Also, many men have not come to the realization that women enjoy and desire sex as much as men, if not more.  Our society has bought into the story that sex is not important for women.  Even women believe it.

What’s most troubling, though, is that too many people believe sex is about acrobatics.  The more tricks you can do the better you are.  What that has led to is men and women are unfulfilled sexually.  The insane thing is instead of putting the brakes on the current mindset they continue to seek new tricks to do.  Still, most are missing the target of fulfillment.

One outcome of this mindset is sex has become a transaction.  The man spends money on a woman to show love and appreciation and the woman does him a favor by having sex with him.  That has become sex for many in the US.  The more money you spend the greater the possibility she will perform more tricks.  Then we produce offspring with that mindset.

Ultimately, it is your attitude towards sex and the opposite sex that will dictate your actions.  If your attitude is negative, sex will be a burden.  With that mindset, it would seem logical to want to be compensated for it.  However, if you are seeking sex on a higher plain, spend some time really getting to know your partner.  That includes some difficult conversations.  Then really explore one another’s bodies.  When done properly, an entire new world can open up to you.