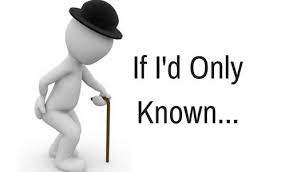 Every CEO is uniquely responsible for driving change and innovation in a way that would not have been possible without them. They must take risks and push their companies outside of their current boundaries in order to stay ahead of the competition. Otherwise, why are they there?

Although every CEO must have confidence in their growth strategies, uncertainty is inevitable when pushing a company beyond its current operations. It may take two to five years to learn new lessons, find a sense of direction and understand what works and what doesn’t in these unforeseen situations. What if one could have that hindsight to support decision-making today instead of several years from now?

My organization built a platform to do just that. Five times a year we invite former CEOs of Fortune 1000s to transfer their knowledge and valuable hindsight to current CEOs of midsize to large businesses. The sitting CEOs run significant enterprises in a variety of industries including financial, manufacturing, pharmaceutical and retail. They all have revenues between $100 million and $2 billion, and many are experiencing double digit growth. You would recognize several household names.

Over a 2 hour breakfast, these 10-15 sitting CEOs have an opportunity to speak openly about their biggest real time challenge with their peers and 1-3 former CEOs. The former CEOs have been in their shoes and have taken a corporation from the $100 million to $2 billion range up to Fortune 1000 status.

On September 23rd, we will have the former Vice Chair of PaineWebber and the former CEO of Restaurant Associates. In the past, some of the former CEOs we have had are the Chairman of the NYSE, the former CEOs of Dun & Bradstreet, Chase Bank, Xerox, Harrah’s Hotels & Casinos and one of the first African American CEOs of a large company, Ben & Jerry’s.

I moderate these forums. It is a phenomenal experience to be part of conversations that positively impacts the future of many organizations.

Contrary to popular belief, CEOs are concerned about the health and growth of their businesses, which means protecting jobs. In the media, you see a lot of press about the greed of CEOs. Clearly there are self-serving CEOs who are more concerned with their own payoff. You can find that type in any profession. From my first-hand perspective, however, most CEOs are focused on developing empowering and functional enterprises. They want to produce valuable products and services for customers and of course they want to remain profitable.

These forums help them achieve that holistic growth in an increasingly risky global economy. They are especially beneficial to CEOs because it gives CEOs a chance to talk confidently about the issues they are facing and receive candid feedback and advice from their peers. The saying it’s lonely at the top becomes very real for CEOs. Moreover, the former CEO is able to ask the right questions and provide a perspective that current CEOs may not have considered. That hindsight is a tremendous advantage to help avoid the costly trial and error that comes with growing a company to new revenue milestones.

This forum is an outlook that is relevant to so many other aspects of our daily life. At some point, everyone’s career goes through a period of challenging uncertainty. How do you gain access to the hindsight you will gain in the future? I would love to hear how you do that.

Posted by Ted Santos at 3:18 PM No comments:

The AAA Ratings Downgrade Could Be a Blessing

The US has been the cornerstone of the global economy for the last 50 years. Now that we have lost our triple A rating, what will happen?
Maybe not much. Even though there will have to be a new perspective on risk, the US is likely to remain the safest place to invest. For example, while China has $3 trillion in US cash reserves, $1.2 trillion is invested in US treasuries. So it is unlikely they will take their money out. A massive withdrawal would destabilize the value of their financial assets. And where else would they put it? Europe?
France, for one, has a triple A rating. At the same time, they have similar challenges as the US, and a proportional level of government debt. So one potential outcome is that agencies take a closer look at the remaining triple A countries like France and perhaps downgrade their rating as well. If that were to happen, it would be a greater catalyst for investors to view risk and to find new safe havens for money.
Otherwise, if these countries maintain strong ratings, there still is no market large enough to support the amount of global investors besides the US. China’s economy is huge, yet there are limits to how many assets are available to foreign investors. So as it stands, the US may retain its place in the global economy by default.
Even if the downgrade doesn’t have any major consequences for investor countries, it may be a great blessing in disguise if it can force countries to come together to solve the fluctuations in the global economy.
To be sure, the US government will have to rethink itself. Whether the downgrade is appropriate or not, the government will have to deal with a new reality – it can’t borrow its way out of its self-imposed dilemmas. The time has come for the US government to develop new financial instruments to manage the economy. And since what happens here affects economies of other countries and vice versa, it may be time for the world economies to work as one to develop new tools to instill balance in the global economy.
I once attended a breakfast at the Economics Club of NY. The speaker was the Deputy Director of the International Monetary Fund. I asked him if there was a room of people from different industries and expertise from around the world working for one purpose – to develop new tools and thinking for the new global economy. To which he responded, “If you know where those people are, please give me their address.”
And it’s true; the world lacks this kind of bold leadership and initiative. However, the intensity and symbolic enormity of a US downgrade requires an equally enormous and intense effort. As Albert Einstein said, the level of thinking that got you into a problem is not the same level of thinking that will get you out. Perhaps it’s not such a bad idea to start looking for those people.
After the financial crisis, Standard & Poor’s was seen as missing the mark when evaluating mortgage backed securities. It is said they focused too much on past performance to predict the future. Similarly, some believe they downgraded the US in error because it is once again based on past performance. In the end, only time will tell if the future performance of the US economy will hold up its reputation as the global economic leader.
Posted by Ted Santos at 1:30 PM No comments:

The Underlying Value of Trust in Your Organization 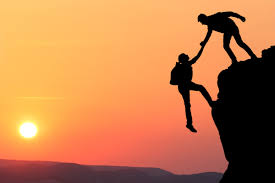 Trust seems like one of those warm and fuzzy attributes. Yet despite how abstract it may seem, trust- or the lack thereof- has a number of easily recognizable consequences in any organization. How can something so abstract have such a noticeable impact?

While working as a COO for a rapidly growing transportation company, I witnessed how the President placed low levels of trust in his operations team. He did not

One of the First Steps of Any Successful Venture: Taking a Stand

Last week Carl wrote a piece about what people stand for. If you listen to any leader throughout history you will hear them talk about their stand. You may disagree with them. However, you will appreciate they are standing for something bigger than themselves and are courageous enough to enlist others to support their stand.

Similarly, if you listen closely to those around you, you will hear what they stand for. There is no escaping that. We all stand for something, even if we are unwilling to admit it in public. And we enlist others to support our stand.

At the same time, if you ask most people what they stand for, they will have no answer. They may even say they never thought of that before. Or that is something leaders think about. Yet, what we stand for shows up in our lives everyday.  If you look at the way people handle life, it can tell you something about what they stand for. Listen to how some complain about things while others constantly challenge themselves to accomplish projects that require them to be a greater person than they have been in the past.

When I work with clients, I notice that once they are clear about what they stand for, their actions and life become more purposeful. Instead of waiting for a sign to show them what their purpose in life is, they start to live on purpose – they live on purpose, not for a purpose. They successfully make up and adopt their stand.

The ugly truth is that most of us stand for something that will never empower us or others. Some of us have never considered it. We live in a world were it is held in high regard to be the victim. As long as we can prove some perpetrator did us wrong, we can justify some action that is disempowering.  In fact, entire communities or races feed off of being the victim. The victim role frees us from having to do something about it. Unfortunately, it is a trap.
Without question, it is a trap that closes in on everyone at some point, regardless of race or gender. If you feel you have walked into this trap, you can ask yourself two questions: 1. What do I stand for? 2. Do I stand for something that empowers me?
Who are you becoming without a stand? Maybe that was the unspoken question of Carl’s piece last week. Who are we becoming? What do we stand for? What will the next generation say about us? If we play the role of victim, we will miss the opportunities even when they are screaming at us. Once the answers to the above questions are uncovered, the last question is, what are you going to do about it? What future are you willing to declare such that it requires you to take actions you have never taken before? I have no interest in sounding Pollyanna. Except, possibility really is infinite. With a stand, bold declaration and courageous actions you can make the future what you say it will be.
Posted by Ted Santos at 3:35 PM No comments: