Hope You Did Not Make That New Year's Resolution

Now that the traditional western New Year and the Chinese New Year has passed what’s next? Will it be another year as usual? Will you be tossed around by economic, social and political events? Some people try to add excitement to their lives by making a New Year’s resolution. However, most people never keep them. It’s apparent in many areas of life. Look at the gyms that are full in January. By Valentines Day, most of the people with a resolution are gone. Not to be seen until next January. 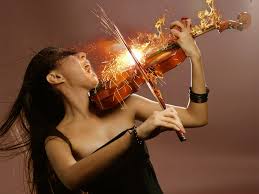 "The secret of joy in work is contained in one word - excellence.  To know how to do something well is to enjoy it" – Pearl Buck

Most people believe they have to find what they are passionate about in order to do it well. According to this quote it is the reverse. Become the best at something and you will surely be very passionate about it.

In Malcolm Gladwell’s book, Outliers, he searched for the common link between people who were masters at something. What he discovered was that each of them had practiced their craft for a minimum of 10,000 hours. He found this to be the case for athletes, musicians, computer programmers or attorneys. There are no short cuts and that dispels the myth of overnight success. Those who practiced less than 10,000 hours were good, however, not excellent.

When everyone is asleep, the best are practicing and putting in their 10,000 hours. That requires a very special commitment and the ability persevere. What will you master?

RIM (Research in Motion) is the maker of the highly successful Blackberry smart phone. The past couple of years, however, have been turbulent for the company and that all came to a head on Sunday when the Co-Chairmen & CEOs, Jim Balsillie and Mike Lazaridis, resigned. Starting Monday, January 23rd, COO, Thorsten Heins will take over the reins of the organization.

While many speculate why the RIM fell behind in a market they once led, the fact is they continued promising investors that their next big breakthrough was just around the corner. Except, after weeks, months and years there were still no results. The hope is Thorsten will lead them back to the leading edge they once held.

It’s clear that RIM is walking the plank. Over the past couple of years, Apple and Google have been eating RIM’s lunch, and there has been much speculation about their being acquired by a competitor. Yet, the tech company continues to say ‘give us more time’. Thorsten may possess the leadership and marketing skills to move them to the next level. At the same time, he was part of a failing enterprise. The only thing RIM may have succeeded in doing is playing the shell game. Perhaps, once again, they are buying time.

RIM isn’t the only business having this problem. In the early 80s, Xerox was the inventor of the first mouse we use for computers. They also invented the first laptop and had a number of other R&D breakthroughs. Except, they were poor at commercializing their innovations. When Steve Jobs visited Xerox, he saw the many innovations and took them back to Apple. The rest is history.

Perhaps RIM’s precarious future is reminiscent of IBM in the late 80s. When IBM was in trouble, they brought in Lou Gerstner.  He was an outsider for the technology industry. He brought to the table leadership and a fresh perspective. RIM needs the same.

RIM has tough decisions to make. They are being rather nice to people who have caused the stock price to drop 75%. From my perspective, they are taking a huge risk by keeping Thorsten who was COO and keeping the Co-CEOs in the organization as Vice Chair and Director.

Right now RIM needs to bring in an entirely new leadership team and distance themselves from the Co-CEOs. If they still have value, they can be leveraged as consultants with no decision-making authority.

Second they need to stop seeing RIM as a device company. They need to look at themselves as, let’s say, an entertainment company or an information network. That way they can create service offerings to differentiate themselves. Their devices become a way to get services to the public. If they view themselves from another perspective, it would completely change their marketing strategies. Additionally, they would have to build organizational structures like an entertainment or information network company.

Such a move would take guts. It would require tough decisions and someone with a bold vision to execute it. They would also need to make a leap in how quickly they go to market. If they structure themselves as a different kind of industry, outsourcing may be a more cost efficient way to produce devices as well as intellectual property.

From the way it appears, the board seems to have great hope for Thorsten. However, everyone knows that hope is a poor strategy.

What do you think? 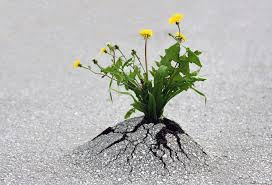 If you have no idea about what you want from life, it is easy to use circumstances as an excuse. If that is the case, get clear about what kind of life you want. Then choose what you will be responsible for to make it happen.

On the other hand, many people give up on their dreams because they think they were born at the wrong time or in the wrong gender or race. There is no power in that kind of life.

What's Love Got To Do With It? 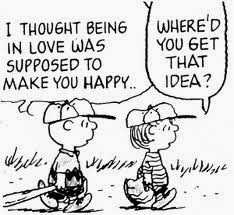 We are taught to believe that a relationship is made up of 2 personalities coming together. We even think certain personalities are more compatible than others. I say that is a myth and I would like to dispel that myth and offer a new perspective on relationships.

When you and I wake up in the morning, our mind is listening to something that I will call a

“It is what we think we know already that often prevents us from learning.” Claude Bernard, French Physiologist

The Chinese demonstrate this by over filling a cup with tea. It says that when the mind is full, it is very difficult for anything new to enter. When people already know the facts without real proof, it is a flat world syndrome. Over 600 years ago, most people in Europe knew the world was flat. It was their point of view.  Even in today’s knowledge society, we believe in something that is analogous to believing the world is flat.

What perspective do you have about what is possible in your life as well as those around you? Allow yourself to explore like a novice instead of being the expert who already knows everything. 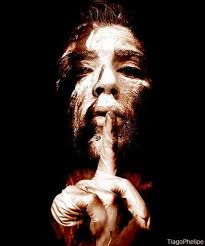 At the risk of being politically incorrect, I would like to address the US economy from a rarely discussed perspective. The stock market had more responsibility for the economic crisis than you may think.

While the latest mortgage fiasco was very damaging to the US economy, it is only part of the story told by the media. An equally dangerous practice was taking its toll on businesses: publicly traded companies buying back shares of their own stock in excess to drive stock appreciation.

A Quote That Will Change Your Mind About Change

“He who rejects change is the architect of decay.”
Harold Wilson

By virtue of telling people that change is difficult, we teach people to avoid change. However, everything in our existence depends on change. We change our clothes every day without complaint. We change years every 365 days. We change cars every few years and our biological make up requires our cells to die and be replaced throughout our lives.

Why do we not see how our lives are steeped in change?

Those who live without changing the above mentioned would surely experience decay.  Perhaps it is only our perspective on change that has decayed. Yet, we hold on to outdated perceptions as though they will save us. It’s a new year. What will you allow to change?

Posted by Ted Santos at 3:53 PM No comments: