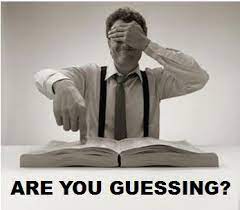 death blow to relationships of any kind.  You will find it in the workplace or with your children and siblings.

The number 21 reason you can’t find love is you use presuppositions to assess others and situations.  So instead of listening to what someone tells you, you listen to what you have already been taught.  The funny thing is you don’t know where you learned it in most cases.  Yet, you swear by it because you believe that belief has helped you in the past.

What happened when I returned to US and met Gary and Derek’s ex.

This is how people deal with one another when they first meet.  I have met several women who met a guy and hated him when they first met.  As she got to know him, she liked him and later married him.  Now she loves him.  If those women were not open to getting to know their husbands, they would have invalidated them and believed they were right.

Many people are not as fortunate as those women.  Most are addicted to being right about their presuppositions.  And they cannot stop, even if it is hurting them in their love life or career.

Let’s look at this from another perspective.

There is a flip side to this.  You can also have presuppositions about people and believe they are great individuals.  They could remind you of someone you have great respect for.  They could remind you of a character in a movie you really like.  Because you want to be right about who you believe they are, you will never see they are lying to you.  They are presenting a farce.  This happens in religious institutions when the priest or pastor molests children.  People have a presupposition that the priest is really a good person.  So they continue to support the priest, even though he is hurting people.

Men who present the farce well are called players.  They pretend to be whoever you need them to be.  That way you can justify why you are involved with them.  You become addicted to those presuppositions on your radio station and can’t let it go.  Now you have to defend your actions and make all kinds of justifications.

As you see, presuppositions can be debilitating.  They can kill great relationships, career opportunities or set you up to be destroyed.  Kicking that mindset addiction takes work.  Most believe they can do it by reading a book.  Unlearning it requires someone who can guide you on that journey of transformation.