Are Relationships a Waste of Time for Men? 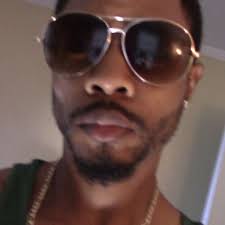 At one time, families married their children to form alliances.  That promoted generational wealth and power.  Because of that, the union of the two children was more important than the idea of marriage.  In subsequent generations, men spent significant time getting to know a woman of his desire.  Both wanted to ensure compatibility before committing to a union.  For the past 150 years, those old traditions
have gone out of window in favor of materialism and excitement, hence the reason for many failed relationships and high divorce rates.  What happened?

In 1819, John Keats wrote a book called, La Belle Dame sans Merci.  It was one of the first love novels.  By the 1850s, it became an extremely popular book and began to shape culture in the US.  It made women seek romance instead of a compatible mate.  It was the beginning of the illusion for women being wined and dined or read sweet poetry to make her feel good about herself.

In the 21st Century, the concept of John Keats’ book has been taken to an entirely new level.  Even men have bought into it.  The idea of compatibility is a dead art and the microwave society of instant gratification rules the day.

While men spend their resources of time and money to entertain a woman, the woman believes her presence is enough to satisfy the man – entitlement.  This lopsided equation has men wondering if their money is being wisely invested during the dating process.  In addition, women expect to be lavished with gifts once in a relationship.  What has become more interesting is more and more women demand that a man pay some or all of her bills.  That has become an obligation imposed on men by women.

Men are beginning to ask if it is worth it.  If a man’s reward is sex, how is that a fair exchange?  Sex is mutually beneficial.  What can you build with a woman who demands you pay to play?

As a result, the idea of a relationship has been questioned.  If there is a reason for a man to be in a relationship, it is now up to women to make the case.  Otherwise, millions more men will seek compatibility from women abroad.  Furthermore, if it is only about sex, a man can buy a stripper.  He does not pay her for sex.  He pays her to leave when he is done with her.

To shine a bright light on this conversation, we will have a very special guest.  He has become a superstar in the world of social media.  His name is Ramil Amyr.  His views and ideals on relationship and a life of success will open your eyes to an entirely new world.

Join us for a provocative discussion about the future of relationships.

To hear the show live: https://www.blogtalkradio.com/ted_santos/2020/03/02/are-relationships-a-waste-of-time-for-men