What Did the Wisest Man in the World Say About Robotic People? 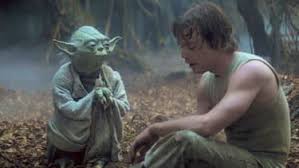 It has been several years since I have written an article about a gentleman I call the wisest man in the world.  In a December 2, 2014, article, many were outraged by his comments and called him a eugenicist.  While some did not like what he stated, others thought he was brilliant and provided real solutions to some of society’s most pressing needs.  As a rule, he tends to think

in ways that go against the grain of common belief.  I guess you can call him a disruptor in some ways.

On my most recent visit with him, he appeared to be preoccupied with how robotic people are.  The conversation went something like this:

The wiseman asked me a question.  Ted, do you realize most people on the planet are robots.  I laughed and said that I have been accused of being Mr. Robotic, as I said it in a robotic voice.  I went on to say that some people accuse me of being robotic because they say I show no emotion about many situations.  Some have teased me and said no woman would like me because I am too robotic.  They say my responses are machine like because I would rather understand what a person is saying by asking questions, instead of emoting…

He laughed and said yes.  That is what people believe it means to be robotic.  But, and it’s a big but, listen to me, but it is they who are the real robots.  People are like early robots.  When I was a young man, there was a robotic device we called a jukebox.  You all don’t have those any longer.  Do you know what it is?  Yes, I said.  Ok, ok, good.  Then I do not have to explain what it is to you.  Great. 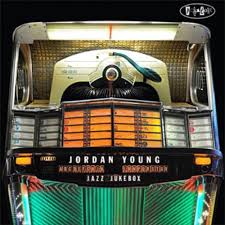 Now, do you know why I say people are like robots?  I took a stab and said it is because you put a coin in the machine and the jukebox does what it is commanded to do.  The jukebox does not have to think about what it does.  It goes on automatic and acts according to the way it is commanded.

That’s very good and it’s a major reason people are robots, he said.  As you said, you put a coin in it and it automatically follows what it was programmed to do.  Then it plays the song.  That is how people respond to almost everything in life.  When you push the buttons on a jukebox, a song plays.  That is exactly how people live their lives.  People even admit someone can push their buttons.  When you push buttons on a person, a conversation automatically plays in their head in the same way a song plays on the jukebox.  The jukebox never has to think about what song to play.  As you said, the jukebox is commanded.  When you push a person’s buttons, you are commanding they respond a certain way.  And a conversation plays in their head that tells them how to react.  They never think about how to react or the consequences of their response.  Nor do they investigate to gain understanding of the other person or situation.  They simply respond according to the buttons that were pushed.

At the same time, if you take a jukebox apart, it can’t respond to the commands.  It only responds if you put it together and program it to respond to specific commands.

I said that Edward Deming stated a machine can’t fix itself.  That means it cannot dismantle itself either.  I have never seen a car in a junkyard that was able to repair itself.

He laughed and said that’s a great point.  Many people are wrecking their lives as well as the lives of others.  They all end up in the emotional junkyard.  And they cannot fix themselves.  But, now it is even easier to push buttons on people in the emotional junkyard.  They are like the jukebox with broken glass.  You can reach into the machine and put the record on that you want without putting a coin in it.  Emotionally wrecked people are the easiest to control.  They believe their automaticity is protecting them.  They never come to the realization that others are controlling them each time someone pushes their buttons.

As you see, it is not you who is the robot.  You actually take the time to think about what people are saying or doing, instead of emoting.  People who do not take the time, are on automatic just like a machine is on automatic.  All you have to do is call a person a name or do something they don’t like.  Then watch them go into automatic overdrive.  Some call it flying off the handle.  It’s so automatic they never realize it.  They believe that is normal human behavior.  Only robots react without thinking.

If people learned to dismantle their belief systems, they could remove the buttons people push and change the songs or conversations that constantly play in their heads.  While that takes practice, it is a great way to take control of your life.  As long as people can push your buttons and force you to think specific thoughts, you are like a robotic jukebox that follows the commands of its programmer.  I would love to see a world where people are trained to never be reactive.  If people were thoughtful and committed to understanding one another, the world would be a much better place.

What do you think?  I would love to hear your feedback.  And I’m open to ideas.  Or if you want to write me about a specific topic, let me know.