Does Trauma Really Exist? Or Is It Just in Your Mind? 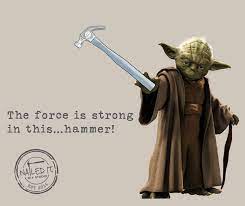 It is kind of like I am off to see the Wizard, the Wonderful Wizard of Oz. Except, there is no man behind the curtain.  Over the weekend, I visited the man I call the wisest in the world.  This time the conversation was so provocative he asked me to

omit parts of it.

He asked me what I thought of trauma.  I said there are two kinds of trauma.  There is emotional and physical.  Emotional trauma can happen if one parent is out of the home, for example.  It can happen if your dog dies or an older sibling leaves home to go to college.  Physical trauma, on the other hand, is the result of physical pain to any part of the body.

What’s interesting is there is only one section of the brain that registers both traumas.  The brain is not intelligent enough to know the difference between physical or emotional pain.  I asked, what made you ask this question?

He said that is true about the brain.  There is one section of the brain that registers pain or so-called trauma.  But and this is another big but, the brain only does what you command it to do.  If you tell the brain you are a victim, you will gather lots of evidence to support that belief.  You even find other people who share your belief.  Then you can have a group victim session.  Some call that trauma bonding.

I asked him what he was getting at.  Most people trauma bond.

He said if you want to know where I am taking this, you will have to allow me to finish.  You might not like all that I have to say.

He said the punchline is there is no trauma until you tell the brain to experience trauma.  He went on to say, before you start asking a million questions, hear me out. 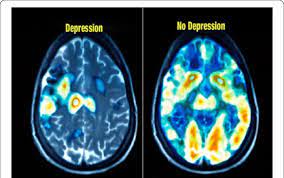 In the US, people are taught to be traumatized for almost everything.  Do you remember when Donald Trump won the presidential election?  There were college students that could not take their tests because they were supposedly traumatized.  They could not deal with the fact Hillary Clinton lost.  Meanwhile, other countries are fighting wars and losing family members.  Our children are traumatized over presidential candidates.  Ha!

That is a perfect example of telling yourself you are incapable of functioning because you have trauma.  That is self induced.  That is how all trauma works.

I interrupted and said, wait a minute. What about…. He cut me off and said if you want this to make sense, you must allow me to get through all of my thoughts.

He continued with questions.  How is it that one person is fully functional after losing a parent and another cannot take a test because Donald Trump won an election?  Do you think one person has a stronger brain than the other?  No!  They have the same human brain.  One person grew up in an environment that allowed them to get off the hook for petty things.  Now they believe that is how life works.  They believe it is possible to avoid responsibility if you have a big enough excuse that shows you are traumatized.

Trauma has become one of the ultimate justifications for avoiding responsibility.  You can avoid work, social skills, parenthood, your spouse and a long list of other things.  As long as a person can prove they have trauma, they are off the hook.  In best case, they can win a lawsuit.

What’s worse is the mental health professionals are in on it.  They enable people to be traumatized.  Women may be some of the biggest beneficiaries of trauma awards.  They can be traumatized if a man says hello to them.  Perhaps the reason psychologists, sociologists and psychiatrists enable people is because they need someone with whom they can trauma bond.

Yes, I said the unthinkable.  Most people who major in mental health professions chose that because they believe something is wrong with them or their family.  They hope their profession will fix them and their family.  It does not.  Therefore, they are unable to help others.  So the most they do is have patients and they help their patients understand how traumatic their lives are.  That creates an environment where the healthcare professional can sit with a person and have a trauma bonding session.  Healthcare professionals have succeeded in convincing people they are trauma victims.  Long term this is unhealthy for the US.

If what I am saying is still unclear, I will put it this way.  People make up stories in their head.  Instead of dealing with the facts, they add new realities to the situation and now have a tainted view of reality.  Then they believe the tainted reality so intensely it becomes real.  Or you can say they have convinced themselves it is real.  Once again, the brain does not know the difference between reality and imagination.  Even mental health professionals have the same brain as everyone else.  They make up stories in their heads and use their professions to convince others they are cured or something like that.

But the trauma these people are celebrating is simply to avoid responsibility.  That is why they have to manufacture trauma.  Without the excuse of trauma, they could never avoid the very thing they never learned to handle.  They would be viewed as incapable of coping with life. 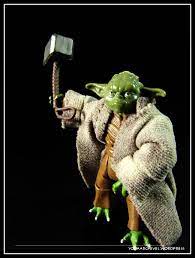 For example, If I am hammering a nail and hit my finger, that is all that happened.  As I said before, something definitely occurred.  It is an occurrence in my life.  If I interpret hitting my finger with a hammer as trauma, I may never be able to pick up a hammer again.  If I am a carpenter, I can go on disability and avoid working.  In my mind, I have manufactured so much trauma I can be paralyzed by the sight of a hammer.  While this may sound ridiculous, it is exactly what people are doing.

To add to what I am saying, people claim to be traumatized by another person’s words.  Now they have justifiable reasons to be dysfunctional in relationships.  This is happening at every level in society.  It is even happening to the mental health professionals.  Since mental health professionals cannot unlearn this mindset, they cannot help others unlearn it.  Instead, they enable others to do the same as them.  Essentially they are teaching or manufacturing trauma.  Then the pharmaceutical companies capitalize and make a cure in a pill.  In reality, it is not a cure.  It suppresses something.  That’s another conversation, though.

He said, I know I am rambling about this topic.  I hope I made sense.  But, people have gone much too far.  No one has ever experienced trauma.  They simply presuppose how bad they should feel about specific situations and then become actors.  Your brain will believe whatever you tell it to think.  As you said, the brain is not smart enough.  It just stores what you say.  If you say you are traumatized, you are.  If you understand what I just said, you understand there are no victims and no one is traumatized. It’s all in your head.  People are trauma factories.  Now they are addicted to it.

What do you think?  I would love to hear your feedback.  And I’m open to ideas.  Or if you want to write me about a specific topic, comment through my blog: https://turnaroundip.blogspot.com/