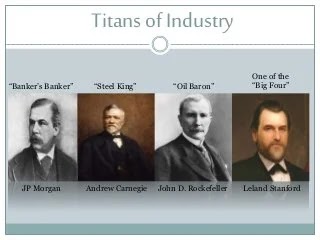 Several years ago I wrote an article stating CEOs will become more people focused instead of finance focused.  That means executives would come from sales and marketing or have backgrounds in psychology, social anthropology, economics and sociology.  These executives would no longer be committed to financial reengineering or buying

back shares to boost earnings.  They would stand for mining untapped intellectual capital of an enterprise’s number one asset - human capital.

One path to get there is to be a CEO who is a master of chaos.  While that sounds counterintuitive, one job of a CEO is to intentionally create problems for the organization to solve.  If he is not doing that, he should be fired or retrained.  He next needs to create an environment where high performance is a natural part of corporate culture.  Within high performance is the acceptance of failure, not in a reckless way.  It would be failure in an experimental and innovative way.  The product Post-It is the result of failure.  The inventor of Post-It is 3M and they now earn about $2 billion a year from it.  When you look at Post-It and many other so-called failures, perhaps it is people who have an incorrect relationship to the word failure.

We may also have an incorrect relationship with words like chaos, problems, disruption and breakdowns.  On the surface, we have been taught to avoid all of those words.  When they happen, it is customary to find a scapegoat and blame him.

At the same time, it is people like John D. Rockefeller, Sr., Henry Ford, Howard Hughes, Tom Watson, Jr., Steve Jobs and many, many more who have disrupted industries and changed life for everyone.  Those men were leaders who created problems for the corporation to solve.  When staff and management solved the problem, a breakthrough was produced.

When you look at Steve Jobs, he put 1,000 songs on a portable listening device.  It had never been done.  When it was achieved, they called it an iPod.  The next problem he created was to turn the iPod into a cell phone.  In 1990, no one projected Apple Computer would be a top seller of cell phones.

With that said, what am I saying?  In the past, the most effective CEOs were great at creating problems for the organization to solve.  They were disruptive leaders who created an innovative and nimble environment.  When a company has that kind of culture, they are more capable of dealing with constant change.  When pandemics or economic changes destroy businesses, nimble organizations find new ways to grow.  They have leaders who understand problems or chaos happens.  It is not chaos that is the problem.  It is how you respond to it that creates problems.  If you fear it, you will run or avoid.  If you keep a stable mindset, you are more likely to see opportunities.  That is one reason it is beneficial for executives to be trained at effectively managing chaos.  To manage chaos, you must have mastery over self.  When you have self mastery or constantly working towards it, you can intentionally create problems for those around you to solve.  Self mastery allows you to effectively navigate yourself and others through that chaos.

With that kind of training, it does not matter if the CEO created the problem or the competition created it or the economy did it.  The principles of navigating chaos remains the same.  It really is all about mindset.

For some reason, titans of the past intuitively understood this.  As a side, while many of the titans of the past achieved extraordinary results, they did not generally follow the path of emotional intelligence.  The commitment was to high performance and innovation.  They knew how to get the most out of their people by stretching them farther than they would have on their own.  Simply think of training Olympic athletes.  As a trainer, you are not there to be their friend.  You are there to get more out them than they know how to get out of themselves.  That is a very different commitment than being the guy everyone likes.  When the best leaders do their job really well, the people will say they did it themselves.

Going forward, leaders of the future will have to learn from the top leaders of the past.  They will be people focused.  The leaders job will be to get the most out of people and provide them with the resources to get the job done.  Since there are many examples of disruptive leaders, there is no reason to reinvent the wheel.  How do you train to become a disruptive leader?

What do you think?  I would love to hear your feedback.  And I’m open to ideas.  Or is you want to write me about a specific topic, let me know.