Should There Be a World Police Force to Oversee All Countries? 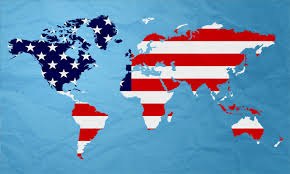 At some point, countries oppose one another.  It could be for land or other natural resources.  In other cases, there are behind the scenes politics the majority of the population never hears about.  To deter conflict amongst nations, the North Atlantic Treaty Organization (NATO) was created.  NATO exists to

foster cooperation between nations and defend member nations against aggressors.  According to NATO, the myriad of problems are too large for any one nation to handle.

While NATO is in place, imagine a country that only existed as a military state.  Their only purpose was to build a military that policed the planet.  That would mean every citizen of that country worked for the armed forces directly or indirectly.  You would be a soldier or a civilian in the army.  Or you would work for a defense contractor that provided weapons or supplies to the military.

The center of society would be the military complex.  Everyone else would exist to ensure the might of the military.

That country would provide a service that would be valuable to the world.  For this military nation to thrive, it would be wise to make every nation on the planet pay an insurance premium to that country.  That premium allows other nations to avoid the expense of having their own army.  Should a country be attacked, the military country would guarantee troops to land and defend you in a matter of hours.  That would require military bases around the world.  The premium would also cover the costs of damage to property from war.  The military nation would send in construction workers to help rebuild.

When I wanted to write this article 12 years ago, people thought it was an insane idea.  Does this military nation already exist?  Or is it in the making?  If so, should they be allowed to charge an insurance premium to all 192 countries for protection?  By the way, the military budget for the USA is about 40% of the world’s military budget.

What do you think?  I would love to hear your feedback.  And I’m open to ideas.  Or is you want to write me about a specific topic, let me know.