The Top 2 Reasons People Are Not Successful 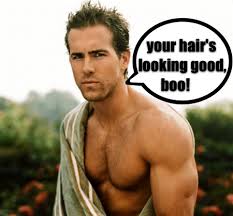 On the surface, there seems to be many reasons people fail. In fact, several books can be written on the subject. However, when you distill those reasons, you are, in reality, left with two. I say with confidence that most people innately know this. Yet, they spend many hours figuring out ways to disguise this intuition with excuses.

From experts in psychology to the bus boy in a restaurant, you hear intellectual explanations about fear of failure. While this assessment is interestingly close, it
falls short and doesn’t get to the source of fear.

All of those reasons are cover-ups. They hide the very discussion most people avoid.

To put it bluntly, there are no reasons people are not successful. If you say there is a reason, it let’s people off the hook for being responsible for their own success. It’s as though something outside of the person will make them successful. Reasons and explanations give one something to blame. If you make everyone responsible, you will see it is what people secretly focus on that serves as a distraction from success. What people focus on is:

There are some who avoid risks and others who say they mitigate risks. In either case, they are figuring out how to avoid looking bad. In many cases, taking a risk requires you to do something for which you may not be fully prepared. You may lack the skills and competencies. You may be too big or small. Or it may appear that you are undercapitalized for a business venture. When, in fact, if you focused on how to make it work, you would be less distracted by the thought of looking bad and would find success to be closer than you think.

In the mid to early 80s, Steve Jobs built the iPad. Except, it was unable to perform as he envisioned it. During that time, he wanted it to function as it does today. To the board, he looked bad. He spent too much money for a failed pipedream.

Some may say it was bad timing for Jobs. I say, and it is only my perspective, that he was surrounded by people who were not aligned with him. They did enough to support him to look good. However, since they did not believe it could be done, they did not perform with a mindset that was capable of finding and inventing solutions to make it work. They worked on it to prove it wasn’t feasible.

For those who want to look good, they will sacrifice success, friends, love and even wealth to be right about the position they hold on topics/life. They are no different than the well-educated scientists in the 1400s who pontificated the idea of a flat world.
Looking good requires one to dismiss anything that can threaten their reasons for why things are the way they are. They protect ideals as though their life depended on it. In a way it does. Without those reasons they would have to come out of hiding and risk looking bad because they may not know as much as they pretend to know.

Now, I encourage you to question my perspective. I say the world occurs this way, not as a fact or truth. I say it as a way to get to the source of why people fail. I am a stand for all people finding their true power, even in the face of looking bad. Once you can truly get what holds you back, you can do something about it. If all you have is an excuse or explanation, you can only say: it is what it is. I assert that nothing is what it is. There is an underlying occurrence happening that can be dismantled and put back together in a way that you gain access to your own success and fulfillment.