Is Succession Planning Just for CEOs? 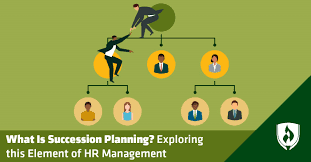 This is a big and complex subject.  Stay with me on this one.  Most people think succession planning is only for CEOs of corporations.  I would like to expand it well beyond CEOs or businesses.

When you are the CEO, you have to prepare the organization for the day you will retire.  That means when you retire, there is someone who has been

trained and develop to seamlessly take over your position.  However, many CEOs do not like the idea of succession planning.  They call it code word for being pushed out prematurely (I have literally heard those words come out of CEO’s mouths).  In the event the CEO dies prematurely, can someone in the enterprise fill his shoes?  Finding someone on the outside is expensive and disruptive.  Therefore, succession planning needs to be in place for the worse case scenario.  And it’s best if it starts the first day of the CEO’s tenure.

If you look at Jack Welch, former CEO of General Electric, he had an elaborate succession plan in place.  He started with 12 candidates who could potentially become CEO after his retirement.  At some point, the group was trimmed down to three candidates.  Upon Welch’s retirement, all three candidates were fit to be CEO of a major corporation.  In the end, Jeff Immelt won the title.  Welch asked the other two to leave because he was concerned they would be too competitive towards one another.  The other two went on to become CEOs of Fortune 500s.

While succession planning prepares someone to become CEO, there is another phenomenon that occurs during the succession training.  In the case of Jack Welch, he started with 12 people.  As he coached them up to be able to take on greater responsibilities, he had to delegate.  As he delegated to them, they had to delegate to those under them.  As a result, many people were being trained or coached to function at a higher level.  In fact, effective succession planning can coach up the entire company.  Delegation is one aspect.  As you delegate to people under you, you prepare them to take on greater responsibilities.  Each of those people delegate to someone under them.  As they are being developed for this new responsibility, they will have to learn new skills and competencies.  That means people at each level are becoming smarter and more capable of handling larger roles.

If you observe, you see succession planning is not just important for the CEO.  In the case of Welch, if he moved each one of the 12 candidates to a higher position, those 12 had to find replacements for their position.  As they moved up again, they had to find replacements again.  As you see, those 12 people also had to engage in effective succession planning for themselves.

If we take the same idea of succession planning, we can apply it to every family in the world.  If a couple has children, those children represent the next generation.  That generation will ultimately replace the generation their parents belong to.  That means your children will become leaders of a family of their own.  Except, are we, as parents, properly training and developing our children to lead the nation or the next generation of families.  Many parents believe they only have to be an example and their children should be able to figure it out by observation.

In the case of a corporation, imagine if the CEO never created a succession plan?  What if he had the same mindset as many parents?  What if he believed he did his job as CEO and those under him should have learned from his example?  He could say he did his job simply by being a good CEO.  Yet, he did not engage in intentional training and development to prepare the next generation of company leaders.  When this happens, it is negligence by the CEO.  As a result, the board has to scramble in order to find a CEO from outside the enterprise.  Or they try someone from the inside only to find they were not prepared.  Within 12-18 months they have to scramble to find someone from the outside anyway.  If they don’t find a CEO capable of leading the business, the company could fail.

When we look at the divorce rate in the US, it may be an indication that people are not prepared for marriage when they leave home.  Is that because most children were never prepared for marriage?  Is it possible to engage in succession planning in a way children are prepared to be great spouses?  Or is finding and keeping a spouse a matter of luck?  If it is luck, does that mean successful businesses thrive because of luck?  Or are they constantly planning and developing their people to lead into the future.

Is succession planning just for businesses?  Have you trained and developed your children to be successful in their personal and professional lives?  Or do you believe the education system is responsible for that?  Remember.  Every executive in a Fortune 500 has a great formal education.  Yet, the company still invests in training and development, including leadership development.  How are you preparing your children?  Are they being prepared to be leaders?  Effective money managers? Builders of great civilizations?  Or will they simply be a continuation of what people have been doing for thousands of years?  That’s means war, crimes, divorce, abuse, etc.?

What do you think?  I would love to hear your feedback.  And I’m open to ideas.  Or is you want to write me about a specific topic, comment through my blog: https://turnaroundip.blogspot.com/