Is There a Difference Between an Alpha and a Leader? 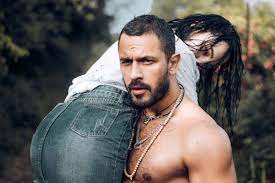 There is so much talk about being the alpha dog in business and social settings.  For most people, they believe alpha is synonymous with leader.  Are they?  Most may be surprised by the facts.  Others will be disappointed.  Still a few will be in

denial.  Let’s uncover research from the experts in the world of leadership.

According to Harvard Business Review, May 2004 issue, there is an article called Coaching the Alpha, by Kate Ludeman and Eddie Erlandson.  In it, the article opens with, “Highly intelligent, confident, and successful, alpha males represent about 70% of all senior executives. As the label implies, they’re the people who aren’t happy unless they’re the top dogs—the ones calling the shots.”  As you read that, you may find it to be the common sentiments of most people.  I can hear some of you now saying “I knew it”.

However, this research does not end there.  For the record, it comes from coaching more than 1,000 senior executives.  As the alpha rises up the corporate ladder, something happens.  Further on in the same article, it states, “The more executive authority alphas achieve, the more pressure they feel and the more pronounced their faults can become. (See the exhibit “When Strengths Become Weaknesses.”) Alphas make perfect midlevel managers, where their primary role is to oversee processes. But as they approach CEO level, they’re expected to become inspirational people managers. Unfortunately, most organizations aren’t good at helping alphas make the required transition, which can be the greatest challenge of their careers.”

In the article,  there is an exhibit.  It talks about how strengths become weaknesses.  Confidence becomes a weakness in the alpha when he is intimidating  and domineering.  Intelligence causes them to be dismissive or they demean those who disagree with them.  The list goes on.

Harvard is not the only one to find people skills are a differentiator for leadership.  In Malcolm Gladwell’s book, David and Goliath, he writes about how supposed disadvantages can turn into advantages, especially for leadership.  During his research, he discovered there are a number of Fortune 500 CEOs who suffer from dyslexia.  Richard Branson of Virgin Airlines is an example.  He and others said at a young age they realized they could not keep up with class because they were slow readers.  That was their disadvantage.  To solve that problem, they made friends with the smartest person in each subject - math, science, English, etc.  Through the friendship, Branson and others would delegate homework to those smart individuals and/or make them explain the subject.  By doing so, they were developing important leadership skills, which include working with people smarter than you, delegation, listening, effective communication, inspiring them to do things they would not ordinarily do, how to create incentive plans and more. In addition, Gladwell found people who lost a parent around the age of 20 would also develop important leadership skills.  Losing a parent at a young age is an obvious disadvantage.  At the same time, their misfortune prepared them to work well with others in the face of adversity.   Ultimately, they learned the importance of being responsible for everything, which is a key component for leadership.

When it comes to alphas, they have to be number one at everything.  For them, it is more difficult to hire people smarter than themselves.  The dyslexic person already knows they are not the smartest.  Their dyslexia made them comfortable working with people smarter than themselves.  The alpha, on the other hand, will be competitive with smart people.  And that competitive mindset can be demoralizing over time.  Instead of empowering them, the alpha wants to outdo them.  Or he may criticize them in a way that makes him the winner.

From another perspective, Carol Dweck is a psychologist who works with people that display a growth mindset and a fixed mindset model.  People with a fixed mindset are smart.  They are so smart they expect to have all the answers which can make them closed minded.  When they come across problems they cannot solve, they are more likely to become frustrated and discouraged.  They are not as comfortable with adversity like someone who lost a parent as a young adult.  The death of a parent can force you to develop the growth mindset.  That makes you open to possibilities beyond what you know.  That increases comfort with adversity and failure.  This mindset is much more empowering for a person in a leaderships position.

Since alphas are most comfortable being the smartest in the room, they are less likely to delegate to their direct reports.  The lack of delegation can stagnate those around them.  Instead of strategically delegating to them, the alpha demonstrates he does not trust his people and does the most important tasks himself.  That can easily cause the alpha to lose high performers who are seeking greater challenges.  Losing top performers will stunt the growth of the team and/or company.

Besides, think about how alphas earn their position.  They fight for it.  They are the biggest and strongest.  That allows them to defeat the existing alpha and fight off new challengers.  That is a defensive position to be in.  They believe their power comes from telling others what to do.  When it comes to leaders, while they do compete for their position, it is done with intelligence.  What’s more important is that leaders are people who accomplish difficult goals through others.  That means they rise up through the ranks with intelligence and accomplishment.  The more effective leaders understand they make decisions that are in the best interest of the whole.  Furthermore, they know their power comes from creating an environment that promotes high performance for everyone.

As the Harvard article states, alphas can make good midlevel managers.  They are great at controlling what happens in time and space.  Leaders, on the other hand, are responsible for creating new possibilities or disrupting what happens in time and space.  Those new possibilities may not have a clear roadmap.  That means the path is filled with uncertainty.  In the face of uncertainty, the job of the leader is to keep people motivated, pull the best out of them and help them accomplish things they may not have done on their own.

Are you training to be an alpha or leader?

What do you think?  I would love to hear your feedback.  And I’m open to ideas.