Has the USA Become a Whore Culture? 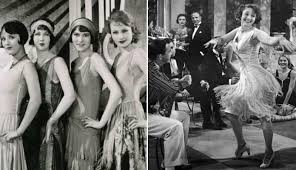 This is a complex subject.  It starts and stops, twists and turns and starts all over again.  Most believe the sexual revolution for women started in the late 1960s.  However, if you go back to the ‘roaring 20s’, you find women who called themselves
“flappers”.  They were lose and fancy-free – sluts.  Then, in 1929, the NY stock market crashed.  By 1930, not only did the economy fall so did the dress lines and promiscuity of women.

When you think about it, the women of 1918 wore long conservative dresses.  In the 20s, they wore short dresses with low cleavage.  What caused such a quantum leap for women’s attitudes?  It was the medical communities discovery that the clitoris was designed strictly for women’s pleasure during sex.  So the ladies of the 1920s openly and aggressively expressed their newfound sexual liberation.

During the great depression, women became conservative once again.  This lasted until the late 60s when women burned their bras, wore mini skirts and demanded equality.  In fact, they said women could do whatever men could do.  They even claimed women could be as promiscuous as men. 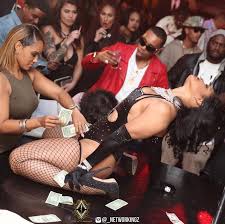 Fast-forward to the 21st Century and you see we have far exceeded the sexual liberation of the 1920s or 60s.  In the picture above, you see the president of the NAACP in a strip club.

In 1909, the NAACP was founded.  The original founders were W.E.B. DuBois, Ida B. Wells, Mary White Ovington, Henry Moskowitz and others.  It was a collaborative effort between the Jewish and black communities.  It was an organization that uplifted and fought to be an interracial effort to advance justice for the black and Jewish communities.

Fast forward to 2016 it appears Dr. Cheyenne Bryant, president of the NAACP chapter condones behavior that does not build strong communities.  The picture above shows her at a gentlemen’s club putting money in the G-string of a stripper.

Do women associate promiscuity with equality?  Do they associate power with promiscuity?  Because men and women do not have equal biology, are there consequences for promiscuous women?  Does the mantra “my body my choice” promote recklessness?  We will address these questions and many more.  You will not want to miss it.  The twists and turns will be things you will never expect.  Join us.

To hear the show live: https://www.blogtalkradio.com/ted_santos/2020/08/16/has-the-usa-become-a-whore-culture