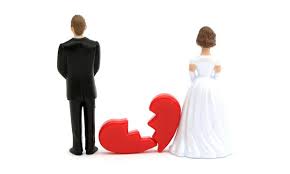 Divorce is a $50 billion industry.  As the industry generates billions, what price are we paying on the backend?

On the surface, divorce seems like a perfectly
logical solution.  It allows two people to legally sever ties if they don’t get along.  That solution has resulted in over 50% of marriages ending in divorce.  However, second marriages have a 67% divorce rate and 74% of third marriages end in divorce.

As you can see, it is not that two people have a problem making the union work.  It’s that most people have no idea how to make it work, regardless of who they marry. 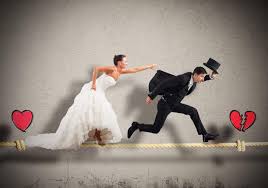 As a society, are we approaching marriage correctly?  While you have to obtain a marriage license, unlike a driver’s license, there is no test or preparation.  We allow two people who may or may not be qualified to intimately share their lives with one another.  More importantly, that couple may bring another life into the world.  Their union will serve as an example for the new life.  When the marriage fails, the child is deeply affected – forever.

While both parents may still love that child, the emotional trauma has irreversible effects.  That is when the problem becomes society’s.  For example, of the last 27 mass shootings, 26 came from single parent households.  In addition, suicide amongst children has increased exponentially over the past decade.

The loss of life is the worse that could happen to any family or country.  At the same time, there are other incidental and consequential damages incurred by society, which directly result from divorce.  Those damages only exacerbate the stress and dysfunction we are experiencing in the US.

If this can of worms is not opened, we will continue to be blind sided by incidents that appear to have no root cause.  On this show, we are going to dive into the abyss of divorce side effects.  Then we will address more effective ways for people to join in holy matrimony.

To hear the show live: https://www.blogtalkradio.com/ted_santos/2019/12/23/has-divorce-become-a-destructive-invisible-hand