How Should We Deal With Women Who File False Rape Charges? 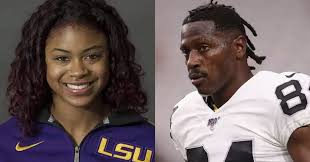 Rape is a horrible crime.  It seems most believe perpetrators of the crime should be punished.  However, when a man is falsely accused of rape, his entire life can be ruined.  And the woman walks away without a slap on the wrist.  When a man rapes someone, the penalty is severe.  That is to discourage the crime.  If there is no penalty for
false accusations, how will women be discouraged from lying?  Or is ruining someone’s life not seen as a crime?

With that said, lying about being raped does not appear to be a crime.  Some argue and say it does not happen that often.  And it cannot compare to actually being raped.  Yet, the consequences for the man who is falsely accused can be devastating.  Should the false accusations for rape carry the same penalty as rape?

Part of the problem is our society automatically believes the woman who files rape charges.  It becomes his word against hers.  In most cases, he is guilty unless she confesses otherwise.

In recent news, Britney Taylor has accused New England Patriot receiver, Antonio Brown of rape.  In fact, he allegedly raped her on several occasions.  Since men are guilty before proven innocent, when it comes to rape, how will this affect his career?  If he is found innocent, should she have to compensate him for damages to his career?  Financial stability?  Reputation?

To hear the show live: https://www.blogtalkradio.com/ted_santos/2019/09/15/should-women-suffer-consequences-for-filing-false-rape-charges