Is Coaching Worth the Investment? 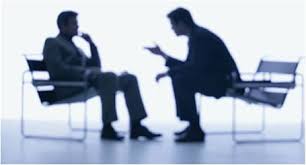 In a world where time is money, managers need people who can take action immediately.  They search for employees who already have the skills, competency and capability to work with little supervision.  Combined with ever changing businesses and technology, companies claim there is no time to train and coach people effectively.  Instead they chant do it now!

However, the idea of do it faster, smarter, and better is in
conflict with a society that is constantly transforming. The skills of today are not the skills of tomorrow. A person can be obsolete in 6-12 months if unable to embrace change.

That said, one of the greatest assets of a leader is the ability to adapt to change. Why?  The easier the leader transforms the quicker the rest of the enterprise will follow. When leadership transforms, they become a great support structure and reinforcement for a new corporate culture, that in turn affects staff and managers alike.

Yet, for some reason, there are leaders who resist the idea of mentoring people, complaining that it takes too much time to coach. These managers expect their employees to be motivated to do things they may not know how to do or take on responsibilities outside of their job description.

I’d like to share my personal experience with coaching people.  Having lost both parents in one day, I learned leadership through the fire. In the face of a tumultuous situation, many things had to be accomplished. As the oldest of four children, I had to take charge of the family.  My first mission was to ensure emotional safety for my brother, 19 and sisters 16 and 12, respectively.

I took my brother to another state to attend college.  That left my sisters and I to accomplish many complicated tasks. I knew they had no idea how to help so I coached them to learn to help.  To start, I’d ask them to do simple tasks that they were not qualified to do.  When they failed, instead of giving them the answer, I asked questions. I would ask them: “What’s another way to ask for what you want?  Just because someone tells you no doesn’t mean no.  You may have asked the wrong way.”  In a short time, they developed new problem solving skills. With those skills in place, I was able to make more complicated requests and, to my surprise, they volunteered for even greater tasks. 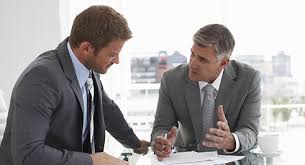 Using the leadership skills I developed during my parents’ death, I led companies as an executive, employing the same style. When I hired a new person, I would ask them to do something they did not know how to do.  In one case, the gentleman spent 20 minutes attempting to convince me that I overestimated him.  He assured me he was not qualified to handle the project.  I assured him there was no pressure and I was available to work closely with him.  As he took on the project, to his surprise, he was very capable and was given responsibility for the remainder of the initiative.

When I listen to seasoned executives, nearly all of them think the same: it is better to hire someone who possesses company values, instead of the “right” skills.  Those executives say skills and competencies can be learned.  When you combine that with my experience, you increase the value of staff and management when you coach them up.  You empower them to learn skills and competencies they would not ordinarily learn.  At the same time, as a leader, you are able to strategically delegate new assignments to them and lighten your load so that you, as the leader, can take on new responsibilities.

What do you think? I would love to hear your feedback. And I’m open to ideas. Or if you want to write me about a specific topic, let me know.