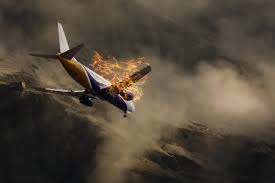 First, what is MGTOW?  It is an acronym for Men Go Their Own Way?  Why is it relevant in the 20th Century?  Many men say they will no longer tolerate
bad behavior from females.  So those men are walking away from women.

Society may be headed for the biggest dilemma it has ever seen in human history.  Or it is about to learn why the Greeks stripped all women of rights.  Around the world, societies are headed towards the crossroads where men are turning their backs on women.  While men love the softness of a woman’s voice, the shape of her body, the fullness of her breast, her beautiful smile and her feminine walk, many women have abandoned femininity for fear of appearing weak.  Instead, they are demanding a seat at the table men have built over thousands of years.

In one breath, you may say women did not have the rights to be at the table in the past.  However, if women were that unhappy, why didn’t they walk away from men and build their own society – table.  That way they could have shown men how they are better and better off without men.

For millions of years, men and women have been interdependent.  In the 20th Century, women claimed they no longer needed men.  On top of that, they claimed they could do anything men can do, but better.  So they declared a battle of the sexes. As a result of having mostly women in the workplace, productivity has fallen in the US.  That has negatively affected salary increases.  Yet, women demand more and more.

While they demand equality, they divorce rape men for irreconcilable differences.  It seems no one is winning.  Emotional trauma is up for children of divorced couples.  And that has led to a significant increase of child suicides of children raised by single mothers.

As a society, we cannot continue this path.  If most men are unemployed, society is less productive.  Besides, who will take care of unemployed men?  Women?  If workplace performance is down and women still want high salaries, it would seem we are on a dead end, especially since child suicides are up.  Many MGTOW men would rather sit back and allow women to have the driver seat until society crashes and burns.  Is that the best path?  Is there something men can do to get society back on a healthier course?  Will men have to follow the Greeks and make women property?  If women don’t like it, they can build their own society.

We live in a society with dead elephants in the room.  Women do not want to address it.  Tonight on Straight Talk we are diving head first into this discussion.  Join us!

To hear the show live: https://www.blogtalkradio.com/ted_santos/2020/08/23/should-all-men-follow-mgtow