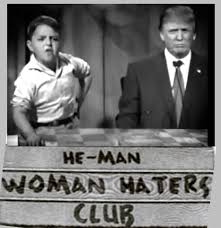 In October of 2018, Straight Talk with Ted Santos & Blair Nash started as a podcast.  Our topics primarily focused on heterosexual relationships.  Since then, I have been accused of bringing out the worst of men.  I have been told that, in the past, men kept their mouths shut.  Now that I started the he-man woman hater’s club, men
are speaking up.  I was even compared to President Donald Trump, who is said to have had the same impact on society.  Why would anyone want men to be silenced?

For decades, women have shouted that men are the enemy.  Those same women even claimed they did not need a man.  Most men listened in silence.  Many men made adjustments to accommodate women.  Other men warned women that the path they were marching on would not have a happy ending.  As you can imagine, they ignored those men.  As for the men who made adjustments, women came down on them harder.  Women claimed they were punishing men for the wrong doing their fathers and grandfathers had done.

As we can all see, one of the outcomes of this female frenzy is the single mother.  Many fathers have been denied the right to spend time with their children.  Not only does the father suffer the children do as well.  It appears the feminist movement has become a priority over the well being of the children. 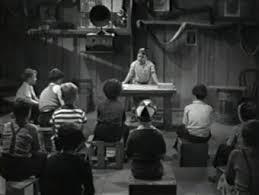 Now that a couple of generations of children have been emotionally traumatized by the absence of their father in the home, we are seeing murder rates increase.  Is there a correlation?  Or is it simply a coincidence?  For the past decade, women claimed if they ruled the world, there would be peace.  Yet, since they have ruled the household, violence in our nation has become out of control.  Did I mention addiction, suicide and incarceration have increased as well?

To bring normalcy back to our society, it will not be women who will make it happen.  They got us into this mess.  It will be men who firmly put their foot down to stop the madness.  Perhaps what has been missing in the home is the he-man.  He-men bring discipline and boundaries that are logically thought out.  Women, on the other hand, make too many decisions with feelings.  So here we are.

Welcome to my virtual roundtable discussion.  Join the conversation today.

To hear the show live: https://www.blogtalkradio.com/ted_santos/2020/06/28/have-men-become-he-man-woman-haters