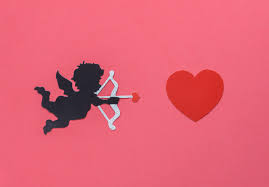 When a man says “hello”, it could be “goodbye”.  Why?  In many cases, women believe it is their job to turn a man down.  At the very least, she believes he should try harder for her affection.  In other cases, men have no
game plan when a woman expresses mutual interest.  He does not know what to say next.  When either case happens, both walk away empty handed.

In the face of men’s movements like MGTOW (men go their own way), SYSBM (save yourself black men) INCEL (involuntarily celibate) and IBMOR (introspective black men of reform), many women are experiencing a draught.  Men who subscribe to these movements have lost interest in the mindset of the modern day woman in the US.  In some cases, men have completely walked away from women.  In other cases, they pursue women for sexual purposes only.  They have no desire for a relationship.  At the same time, there are men who still have a desire to build a loving and successful relationship with a woman.  They simply have taken their chips (resources) to women in other countries.

Is this happening because women have gone to far with feminism and their belief they don’t need men?  Have men lost the skills to pick up a woman?  Or has dating become an obsolete social structure that has been replaced by the “hook up” culture?

In reality, it seems that most people would enjoy having someone to share their life with.  For those interested in the long term, they want to create a family and build generational wealth with the object of their desire.  Except, if people cannot get beyond “hello”, there is not much of a future for relationships. 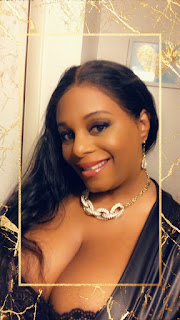 On tonight’s show, I am going to bring in an expert from the world of “match making”.  Her name is LeTisha Underwood from Two Hearts Exclusive Matchmaking.  She has matched numerous men and women together to have successful relationships.  She understands the need for a man to approach a woman first.  At the same time, she is clear women have to be receptive to men, instead of fearful or apprehensive.  Through her business, she is witnessing a dilemma on the dating scene.  In some cases, people are not qualified for the requirements they have of their significant other.  And some women disqualify themselves from the initial “hello”.  How is that so?

As more men abandon the idea of dating and marriage, it is in women’s best interest to listen to what men are saying and demanding.  That is at least the case for women who know they are interested in having a ring placed on their finger.  LeTisha and I are going to explore her findings in the match making world and some of the successful solutions she has advised her clients to take.

This is a great night to call into the show with some of your most difficult and perplexing questions about dating and relationships.  Join us!
Tonight, Sunday, February 16, from 7:00pm-9:00pm (EST) at Straight Talk with Ted Santos.

To hear the show live: https://www.blogtalkradio.com/ted_santos/2020/02/17/why-the-shot-you-shot-didnt-get-the-girl-you-never-got