Are There Benefits to Dating Outside of Your Race? 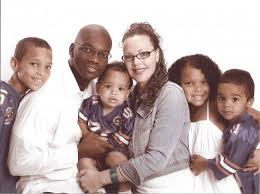 On the surface, people look different according to race – skin color, hair texture and features.    Each race becomes a tribe.  Those tribes are broken into subclasses based on socioeconomics, education, country, language, religion, etc.  However, many believe there
is only one race.  Yet, skin color and hair texture seems to say otherwise.

Did Kobe abandon his tribe?  Or did he simply marry the woman who was best for his career aspirations and personal happiness?

Marrying someone from the same race could create an enormous amount of comfort for the couple.  There may be some traditions they share in common.  And society approves of the union.  That can, in fact, create unspoken expectations for one another.  If both are from Nigeria, for example, they may expect one another to know the dos and don’ts that are practiced in Nigeria.  At the same time, if one is from Saudi Arabia and the other from Mexico, it may be unfair to expect the other to know the traditions of one another’s respective countries.  That can have pluses and minuses.

Aside from learning about another culture, there are benefits that result from two people with an open mindset.  In some ways they are forced to be more understanding.  At some point, they come to the realization that they cannot expect the other to know everything about their culture.

On the other end of the spectrum, when a black woman chooses to date or marry a black man, she does it to conform to the social constructs put in place by society.  She can do this even if she has chosen a movement like feminism over her husband.  In other words, she takes a stand for feminism before she takes one for her marriage.

On the other hand, when a white woman chooses a black man, she violates the social constructs imposed on her.  She chooses the man over feminism and social constructs.  This alone can give a man a level of trust and confidence he married a woman who is truly on his side.

In the case of Kobe, some black American women may believe Kobe’s wife chose him for his wealth.  Would they have felt the same if Kobe made the salary of the average American?  Let’s discuss this controversial topic and view it from all sides.  Join us!

To hear the show live: https://www.blogtalkradio.com/ted_santos/2020/02/03/are-there-benefits-to-dating-outside-of-your-race