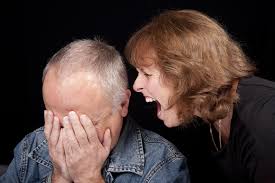 Over the past few years, the media has been filled with messages about “toxic masculinity”.  It almost appears that simply being a man is toxic.  We are condemned for being masculine.  It makes me wonder if women are upset that they are incapable of mastering
masculinity, no matter how hard they try.  Therefore, they shame men for effortlessly being masculine.  That’s like condemning a tall person for being tall.

It appears women are retaliating against men for being men.  They feign emotional injury and use everything at their disposal to penalize men.  Men are being severely punished in family courts.  Women use the court system to keep fathers out of the lives of their children.  In the workplace, there is a clear effort to hire women instead of men, even if the man is more qualified.

We are also seeing an increase of physical and emotional abuse from women towards men.  The Harvard Medical School found that 70% of domestic violence is started by women.  We also have an increase of women raping or molesting young boys.

In addition, women initiate over 70% of divorces.  No, it’s not domestic abuse.  Most of the time it’s irreconcilable differences.

While all of this bad behavior is happening, women are claiming it’s toxic masculinity driving them to act this way.  Perhaps the reality is women’s attempt to be more masculine has backfired.  Being a man has less to do with activity and more to do with the biology of a man.  We are not equal.  And women attempting to do everything men do is not in the best interest of society.  For example, while women have been told they can have as many lovers as a man, they may not have accounted for the biological and emotional consequences.  Toxic femininity may be the outcome.

Can we reverse the path society is on?  What can men do about it?

To hear the show live: https://www.blogtalkradio.com/ted_santos/2019/12/09/is-toxic-femininity-hurting-society