Is It Worth It to Date Reformed Older Women? 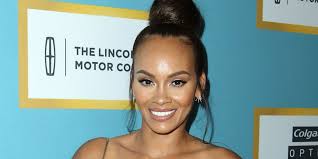 Evelyn Lozada claims she is ready to settle down with the right guy.  She has given up premarital sex and is saving herself for the right man.  Except, she is now 43 and has had more
than her share of men.  Is it too late?

Science says women reach their peak of physical appeal at age 32.  Some say it happens at 22.  Nevertheless, after 35, some women can have complications during pregnancy.  That makes them less suitable for men seeking to raise a family.  Men, on the other hand, have time on their side.  They will hit their peak around age 45.  In addition, after 35, men become more established in their career, which brings financial stability.

Since women seek financial and emotional stability in men to raise a family, men are great candidates for women up to 45.  Since men seek a vibrant healthy body in a woman to raise a family, women tap out around 35.  At least this is the case when you want the pick of the litter.  It’s much more difficult for older women to compete with ladies under age 32, unless she offers something extraordinary.  A 40-year on man, however, can compete with men under 32.

With that said, what can a woman over 35 offer to a man that has him choose her over women under 30?  Some will say experience.  By 35, many women may have had a string of bad relationships.  That means she has baggage.  Men don’t like carrying a woman’s baggage.  What’s in it for him?  In fact, research says the wrong mate can shorten your life expectancy.

In other cases, older women, over 45, say they have a more mature conversation.  Is that true?  What do older women offer in a conversation that a 28 year old can’t?  From a career perspective, the older woman may have locked that one down.  Her professional experience can be beneficial to the man of her desire if she can brainstorm with him about work challenges.  A younger woman may have little interest in his career strategies.

With that said, outside of work, she is a woman.  If she has chosen the wrong men over and over again, she is a woman with a string of bad experiences.  In spite of that, a woman over 45 may have better knowledge of her sexual body.  Some will say that makes her a better lover.  That’s at least worth a discussion.

Let’s have an extremely open conversation about the benefits of dating older women.  Don’t miss it.

To hear the show live: https://www.blogtalkradio.com/ted_santos/2019/11/25/is-it-worth-it-to-date-reformed-older-women