Are There Benefits for Men in Marriage? 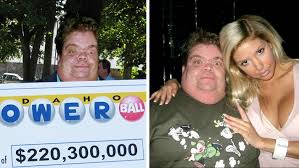 Marriage has come a long way from where it started.  In western culture, marriage was not always a ceremonious event.  It started as a verbal agreement between two people.  Your word was your bond.  If it didn’t work, divorce was just as simple.  However, when it did work, roles were clear and simple.  The couple worked and lived together as a team.  Their cooperative union made life easier.  When children came into the picture, the couple
would continue the partnership to care for the children and prepare them for life.

As you can see, the intention of marriage was a consensual agreement to partner in life.  At the same time, those laxed rules were abused.  Some would marry several people without divorcing the others.  That is when the church demanded they be involved.  In 1563, the churched lobbied to have marriages sanctioned by a priest.

When we fast forward to the 21st Century, we, once again, see marriage being abused.  This time women are marrying men and walking away with half his cash and assets.  Even if a man came to the table with a house he inherited from his family, the woman can divorce and take it from him.  If he meets the woman with $10 million in cash, she can take half in the event of a divorce.  How is this possible?  What is a woman offering that is worth $5 million?

In addition, women can use offspring of the marriage to extort the man until the child reaches 18.  When you factor in women who demand alimony for life, marriage has many risks for men.

When corporations take on new initiatives, they do a risk analysis.  Should men do a risk analysis of the woman and her family?  If so, what are the key indicators he should explore to make his decision?  Should prenuptials be mandatory?  Or should all men simply stay away from marriage?

To hear the show live: https://www.blogtalkradio.com/ted_santos/2019/10/13/is-marriage-a-bad-idea-for-men