Quote: How Do You Gain Wisdom? 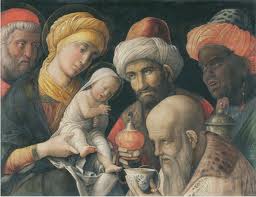 A smart man makes a mistake, learns from it, and never makes that mistake again. But a wise man finds a smart man and learns from him how to avoid the mistake altogether. – Roy Williams

What a concept. It’s great when the wise seek advice from the intelligent. Unfortunately, most of us today believe we have nothing in common with the past generation.

Back in the day, youths gathered around the elders to gain insight and knowledge. Now however, many younger people pontificate
how “older people don’t get us. These forerunners are considered outdated and the younger generation cannot relate to them because the world is different.” Yet, for all of today’s advancement, we cannot deny that history repeats itself.

(As a side, people in their 40s and 50s are included in the youths of today.)

Since the Great Depression, there have been generations of people on welfare. From year one, there have been generations of people embedded in crime. And, just a century ago, two of the bloodiest wars scarred the world. In the 21st Century, we are still engrossed in war in the Middle East. How can we be called wise if we are still committing the same atrocities as we did in the past?

Still not convinced? As children, we replicate the same patterns we witnessed in our parents and other adults. The sad misconception occurs when we believe our actions are independent of others.

The answers and missing perspectives of the youth lie in the minds of those with more experience. To avoid mistakes of the past, it is time for every living generation to sit at the table and listen to one another.

While this gathering is valuable, younger people loath being spoken to or told what they should do. The elders possess tremendous intellectual capital that can grow new perspectives among the youth. If the elders can ask the youth effective questions before they make suggestions, it can help open dialogue and learning to create new possibilities for the future.