Is Microsoft a Death Waiting To Happen? 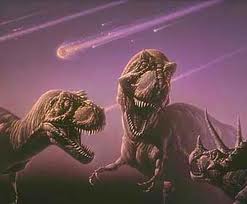 Has Microsoft Become a Dinosaur?

In the August edition of a Vanity Fair article, it describes how Microsoft has implemented a poisonous management strategy. The author of the article, Kurt Eichenwald, interviewed many current and former employees of Microsoft. Everyone he interviewed commented on a management system called “stack ranking” being destructive to Microsoft’s ability to innovate.

Stack ranking requires every business unit to
declare a percentage of employees as top, good, average or poor performers. As you can imagine, no one wants to be ranked as average or below. In addition, they are less ranked on innovative ideas that could be game changers. They are now ranked on what they can do that will make money today and the shortest process to get things done.

In essence, what this has done is forced employees to become internally focused. Of the employees that Eichenwald interviewed, they see how everyone has become more competitive with one another, instead of with the competition. It has even affected how managers give annual reviews. Employees are rated on how much exposure they have with other managers. In the past, they would have been reviewed on how to become a better engineer who innovates effective products or services.

While Microsoft continues to attract talent, they are no longer the cool company that attracts and retains the smartest. Furthermore, they seem to be stuck with forcing everything to match Windows. In 1998, they had a prototype of an e-reader. However, Bill Gates shut down the project because it did not look like the Windows model.

While Bill Gates may have missed the boat on the e-reader, current CEO, Steve Ballmer, may be strangling the entrepreneurial spirit that Gates infused into the enterprise.  Ballmer’s focus on process and financial efficiency appears to be making the organization more profitable. However, without an innovative pipeline, Microsoft may resemble Sears. In the 1940s, ’50s & ‘60s, Sears was a dominant force in the retail business. Now they are fighting for relevance.

Perhaps a better example of what could happen to Microsoft can be seen in General Motors. In 1958, the CEO said divisional managers could no longer be part of the policy committee. This meant managers of operations and strategy would discontinue collaborative conversations. From that day on, divisional managers would be told what and how to do their job, even though they were closest to the customers.

This move created blind spots for senior management. They no longer had the eyes and ears of operations when developing strategy. As a result, they were weakened in their ability to see the changing needs of customers in the US and abroad. This move made it easier for Volkswagen to penetrate GM’s territory in the early ‘70s. This later opened the door for the Japanese to invade the US with cars that people wanted and needed.

The 1958 move to change GM’s management system did not devastate them immediately. It may have taken until 2009 when they filed bankruptcy. Will Microsoft follow the same path? Or will it be that much more destructive because they are in a fast paced industry?

What do you think? I’m open to your ideas.